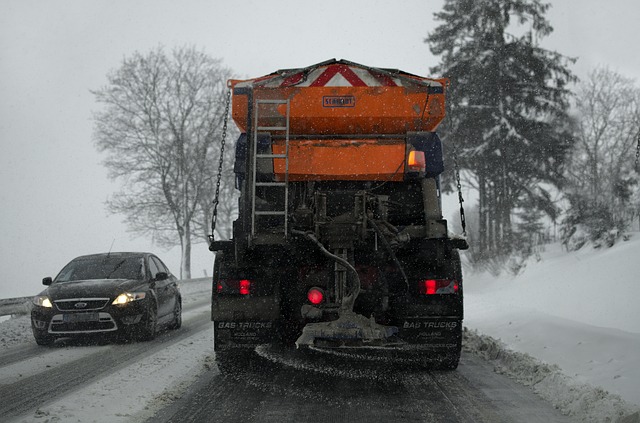 When winter hits Chicago, you can expect there to be plenty of ice and snow. Of course, when ice and snowfalls so do road salt to melt it away. Without getting too scientific, salt helps break up ice and turns it into the water so your tires can catch the pavement. Without salting crews, roadways would be far too dangerous to drive on. Unfortunately, while salting roadways helps prevent accidents, it harms your vehicle and the road itself. This post will discuss the damage salt has on your vehicle and the roadways.

Salt Damage To Your Car

Icy roadways are scary, but corroded auto parts are just as scary. While salt is essential from keeping your car from spinning out of control, it allows corrosion and rust to set in. Certainly, most people would take a little rusting overslipping and sliding, but overtime rusting gets worse. After some heavy salting you probably notice the salt-sprayed on your car’s sides, but what you don’t see is the damage underneath. Under your car tends to be an area most people do not check often, but it’s exactly where the salt may be hiding away. That slat ends up rusting and corroding vulnerable parts. In order to prevent the undercarriage from rusting or corroding, get your car washed at a place that has an under spray.

While salt helps us drive on roads in winter conditions, it also accelerates the deterioration of our roadways. One study found that the US pays $2.3 billion on salt while spending $5 billion on the damages caused by salt corrosion. Salt does not just affect roadways, however, other metals used in bridges and other necessary infrastructure as well. It doesn’t really make sense, but for most cities, it’s the cheapest option to deice roads.